The finals are on us now on us for POMNA but there is a curious atmosphere at the Rita Flynn courts both indoor and outdoor that is difficult to explain. A mood or spark which is no longer there, that made this time of the POMNA season at the old courts such an attraction. I’m not sure what it is nor can anyone describe it, but it was the source of cheer for many associated with the sport until the changes to accommodate the Pacific Games in 2014.

It is the absence of that particular something that has made the competition somewhat separated or distant or dislocated from it’s constituents, its members, especially at this time of the season. But it is the business end of the netball season for 2019 and some serious netballing was on display across the six outdoor courts and two premier division quarter finals today.

There is a slight departure from the above in that the junior competition, U10 to U21 will conduct its grand finals in two weeks and the Senior competition Div 9 to Premier will hold their Grand Finals the following week.

So for U21A for example, Veupunama who have had a phenomenal season not dropping a single game for the entire year managed to keep that record intact beating a very spirited PCP lightning on court 4, holding on to the slimmest margin at the end to book a seat courtside in two weeks time. PCP Lightning will now have to play the Sparrows U21 side who beat Raukele by just two.

Two of perhaps the best premier division games all season were played today as Telstars edged the Sparrows in an incredibly even contest taking the game with any real certainty in the dying stages of the contest and still at a million miles an hour. Both teams kept the hammer to the floor for the entire four quarters. Though the ladies in red led at the whistle for the four quarters, they were never really out of the woods especially with the Sparrows young U21 shooter Meme Leka hot to trot today, potting from all over the half circle and mind you this is against pretty intimidating defenders like Julie Anne Diro, Ravu Vao and Raka Nope. But the blistering Telstar attack, efficient, enterprising and lethal every time it explored the Sparrows defence was what held the key to today’s epic hit out and if they keep this level of consistency, the premiership certainly is attainable. Telstars confident in their 49 – 45 win today

Since Vitu Diro has returned as head coach, the Ladies in red seem to have a better focus on the prize and have become win hungry again. Mrs Diro has moulded a much younger side assembled over the last two or three years under the stewardship of Toka Aua to now be more than a credible claimant for the POMNA premiership in 2019, which incidentally for Veitu, it will be number 40 for the club since its inception in the 60’s.

In their way will either be the Sparrows who now have to regroup and focus on their clash with the Mermaids next week, or the Mermaids who today dispatched a strong effort by the CPL Rebels by 61 – 44.

The score does not really do justice to the game between the Maids and the Rebels as the Rebels were competitive throughout the contest and certainly not throwing in the towel at any stage of the game. They were let down a little by not capitalising on rebounds at both ends of the court and unfortunately turnovers in play became costly in the end especially where the Maids mercilessly drove the wedge home with greater proficiency near the hoop.

Standouts again for the Maids were Rayleen Andrew and Japeth Tulapi with Rayleens accuracy close to 80%. Japeth was only able to hole 11 from 22 today but the number of attempts alone suggest they had a higher share of possession. The Maids are also rebuilding with a very young profile on roster this year and it was good to see young Alex Ligo subbing in in the third and fourth quarters and hitting a respectable 11 from 15 attempts.

As expected both Premier Division games were played at a whirlwind pace with the volley traffic often going back and forth as possession changed hands, keeping spectators well entertained with the athleticism of the players.

After today’s games Telstars have earned first passage to sit on the right hand bench at the Grand Final. The Sparrows now have to playoff against the Mermaids for the right to play Telstars in three weeks. The Rebels unfortunately have to now regroup and look at reconvening next year for the 2020 POMNA competition .

The pattern is similar for all divisions of the competition that held games today.

Congratulations to all the teams that won today and now strategise for their Grand Final appearances while we bid farewell to the loosing minor semi finalists and wish those playing next week, ….. all the best. 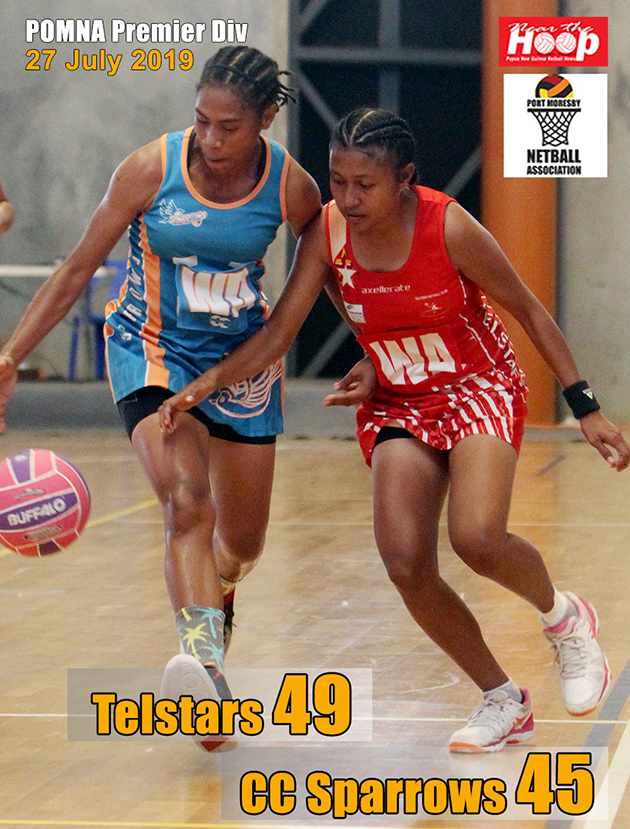 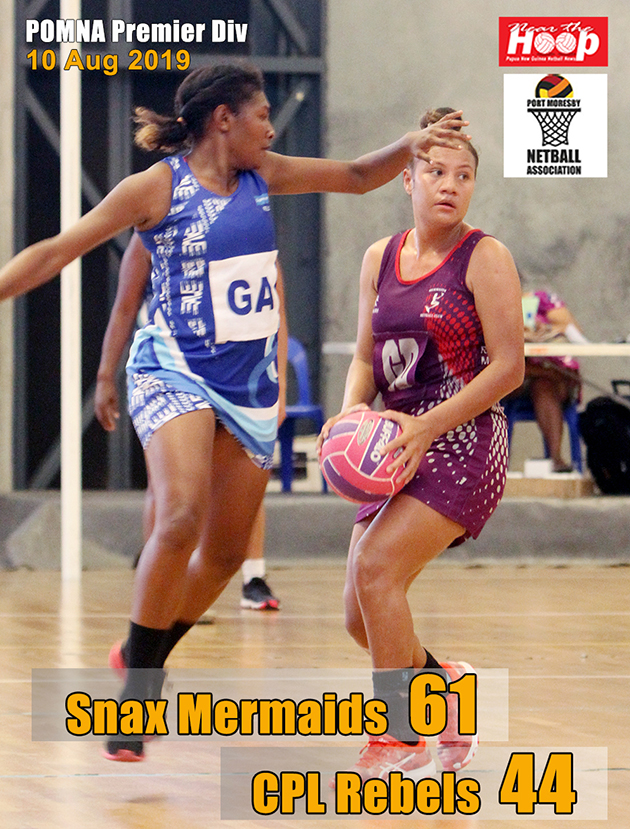